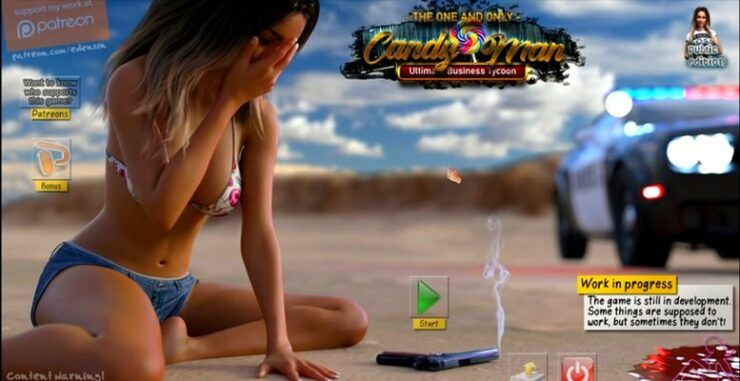 About game:
From dishwasher to millionaire… a dream that many have dreamed and failed. But you have it in your hand! You are young, dynamic and just finished high school. Together with your mom and your girlfriend Mia you have founded a company… in the garage. Now it’s all about you, building an business empire! But be warned… you’ll have to wash a lot of dishes to do so!​

v0.30
There were so many changes, I lost the overview on my list. The most important below:

Part 1 of the content revision. 80% of the buttons were changed. In addition, many technical changes were made that users have requested.
Tammy’s fashion boutique got a new style and some content. Please test it if this is good… more of this to come.
The start screen can be scrolled to the right to get to the savegames.
Mia got some new content in the bathroom and in the kitchen.
There are many new items in the game, but they currently have no function, or can not be used.