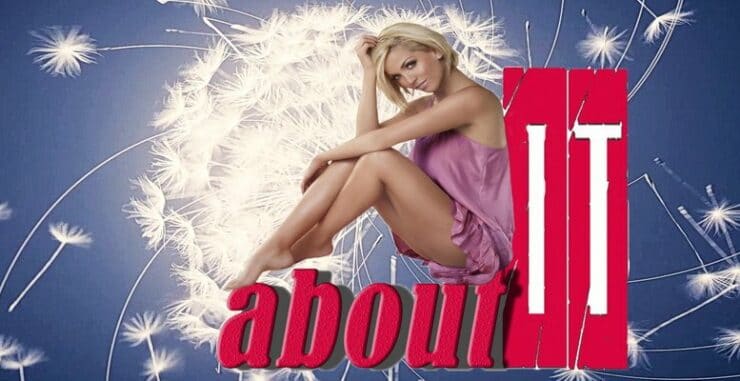 About game:
The main idea of the game is to find relationships with the generated NPC’s and have fun in the open world sandbox. Particular attention is paid to non-linearity of the passage and to reducing the number of repetitive events. The core of the game consists of the virtual world , which allows you to move up the social ladder in any direction. There are also many mechanics developed that allow you to establish relationships, develop them and have fun. Innovations are constantly being added to the game, and players can take part in its development and realize their ideas…

+ Changelog
v0.93.7 Public
– Made a rebalancing of MC’s tips when she was working as a waitress downward. Because with high experience the tips were unreasonably high and beyond common sense.
– Reduced the likelihood of MC getting STDs by removing re-initiation and tying their initialization to specific events.
– Fixed bug with infinite use of bath or shower after sex when MC is visiting NPC.
– When using toys with female NPCs, after getting an orgasm, made a return back to the location of sex with the use of toys. Previously, the transition was in the general starting location, which broke the dynamics of the event.
– Female NPCs, now, during sex, unquestioningly comply with the MC’s request to stop if the MC can no longer experience an orgasm. Previously, they did this on their own, which could lead to a looping event.
– Completely redid the variants of events during sex with a group of male NPCs during double penetration, fixing the location loops and detected bugs.
– Replaced simulations and simulated events from the game mechanics of sex with male NPCs, which were calculated using randomness. Events are now calculated based on the parameters of the specific NPCs the MC interacts with.
– Added new actions for the MC, allowing her to affect the ending in sex by male NPCs, at certain sexual experiences. Also, at your request, added the ability for the MC to make an NPC cum inside her to be able to get pregnant. All new actions of possible endings only appear during sex if the MC has a certain sexual experience. You can get information about it in the character’s stats.
– We have added events during passenger accommodation and flight to the game mechanics of the flight attendant’s work. The outcome of the events affects the reputation of the MC in the airline. Recall that the work of the MC as a stewardess is still available as a test.

v0.92.4
– Continued to work on finding and fixing bugs
– Continued to work on improving the translation of locations.
– Made it possible to give your name to the saved version of the costume for the MC.
– Added the ability to influence some aspects of the game and MC parameters with the new cheat menu.
– Fixed the zeroing of the laundry basket counter in the laundry dorms and the city. Reworked the display of these locations.
– Removed stains from clothes if MC used the laundry room. Limited their stay on clothes by time interval.
– Optimized code for locations which were responsible for MC’s work in office.
– Reworked the system of penalties and rewards in the office.
– Made MC’s career advancement when she works as a specialist in an office. Now, under certain conditions, she can get a more prestigious position and a higher salary.
– Made a third direction of work in the office, when the MC works as an assistant (this does not require special education).
– The action of going to work in the office, in the location window of the area of the city, is now displayed until 12 pm.
Also in the office you can get to the office during working hours, through the display of offices in the list of locations of the city area menu.
– Made the effect of the MC’s strong arousal on performance when she works in the office as a specialist.
– Reworked the communication with the NPCs in the office. Now you no longer need to scroll up to the top of the picture to know their reaction to your actions.
– Provided different options for business meetings when the MC is working as an assistant manager in the office. As always, we made it possible for the MC to make any decision that would affect her career in the office.
– Optimized the code, fixed bugs, and removed pop-up messages in the in-game mechanics of hitchhiking on the roads.
– Fixed a bug with nulling MC’s offer of sex for money during love foreplay, which led to a worsening relationship with boyfriends on subsequent dates.
– Made an expanded menu of settings for education, experience and skills MC at the start of the game. Added some skills that were previously not displayed in the game.
– Fixed a bug with putting on and displaying clothes from the sex shop. Also fixed a bug with remembering clothes from the sex shop in the memory of player-created outfit options and dressing them from memory.
– We have allowed NPCs not to hold back their affection to MC and give her expensive gifts and jewelry. We also made it possible to give gifts and jewelry as a sign of love and for female NPCs.
Recall that gifts and jewelry can always be turned into money by using the pawnshop.
– Made the MC’s reputation display in the office.
– Fixed a bug where the game mechanics took into account the low potency of male NPCs and interrupted a date that had just begun, assuming that the NPC and MC had already had intercourse.
– Reworked the game mechanics of restoring potency for male and female NPCs.
– Reworked the in-game mechanics of the MC changing clothes at the fitness center. In the old version, if the MC, after class, forgot to take off her gym clothes and put on the clothes she came in, then those clothes could disappear.
– Fixed a bug with the use of lubricant during MC masturbation.
– Added a tracker for the number of working days in the office to the MC’s reputation.
– Added an umbrella cheat, when activated, the MC will always have an umbrella and it will no longer break. When starting a new game, this option is disabled.
– When hiring an office MC is no longer interested in whether she has a place to live in the city.
– The MC can now apply for any position to work in the office.
– MC can now work in the office if she is in her 2nd or 3rd year at University. She can take up to 5 weekday days off per month to deal with her education at the University.
– The starting salary in the office now depends on experience if she works as a specialist or secretary. If MC is a student, the salary will be minimum for that position regardless of experience. If starting out as an assistant, the salary is set based on appearance.
– In the office, it became possible to take time off work, which is not paid.
– With little experience and a bad reputation MC may not be hired in an office in the same area of town where she got a bad reputation.
– Made the basis for the corporate party in the office.
– Made in-game mechanics of interacting with NPCs at the party.
– Make drunkenness of NPCs at the party.
– Made it possible to have sex with NPCs at the party.
– Made mechanics of various offers from NPCs at the party.
– Made new mechanics for MC’s vaginal lubrication and lubricant usage
– Redesigned roommate requirements for MC’s appearance, reducing his appetite.
– If the MC is late for work at the office and, when she arrives, the boss is absent, he will no longer scold her for being late.
– Found one probable reason why MC had a hard time gaining weight. The game mechanics were writing off a large amount of weight on the day for natural needs. We reduced the amount of write-offs, if you notice any weirdness with the weight change, please report it.
– Reworked the mechanics of spoilage of food and ready to eat food. Added mechanics to determine if your food is fresh in About It.
– Improved the gameplay mechanics of interacting with NPCs at a corporate party

v0.92.2
We are still very much in need of support to accomplish all our goals and plans.
A huge request to ALL who are interested in the project – share the link and information about it.

Briefly changes, corrections and work done for the period from 29/03/2021: