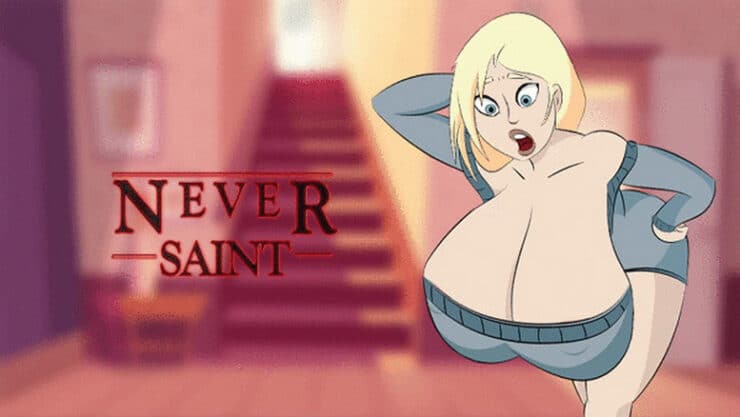 About game:
You play as a young man raised to be a saint. One day Marjorie found you and you were able to leave the church. Meanwhile some weird things start to happen once you leave that place you will try to enjoy your new life out of the purity.​..

Changelog:
Android compatibility complete.
Changelog will be visible in the quest journal.
Quest system has been updated and the black screen has been removed
Quest system is rearranged leaving only relevant information available.
Quest system have been changed to a max of 2 objectives.
Black screen / when you talk to Angie (the girl in the park at sunset)
Black screen / scene with Maria (the Latina) and the broom
Black screen / blowjob scene with Kiyoko (the Teacher) at her house.
Bugfix error / Menu load can’t find actor_1,2,3
Bugfix error / Sprites MARIA, MC, nuns missing (Only happen in Web or Android)
Bugfix SE / Sound effects didn’t work in Android
Added splash intro / Minimum requirements are visible when you open the game.

2022-05-31
The intro is finally complete, if you skip it you will appear in mc’s room ready to play the game.
The Gallery Room is finally back!
Locker room girl and the sleeping beauty are back in the game and the gallery room.
Gabby its back!
Added some npcs just for fun.
Quest log Added for Sleeping beauty and Girl in the locker room.

Bug Fixes:
Weekend Switch – Sometimes the weekend switch didn’t activate properly.
Maria Doing the laundry – small correction on her animation- Simply add the Idle position when she has her pants down or naked.
First day school- The class could begin from 14 to 23, now its only from 07 to 13.
Marjorie Bedgown motion is now active while she’s getting ready for sleep
Marjorie Bug love 5= Fixed black screen bug when you ask Marjorie to spend the night drinking at love 5.
Megan Bug quest log: The quest log didn’t update like it should after you receibe the BJ in the sofa.

v0.14
33 New maps in Never Saint
118 New Parallaxes
Added Alexa Story + Quest log
Added Kiyoko Story+ Quest log
Added Maria Story+ Quest log
Added Isabelle+ Quest log
Added Angie+ Quest log
Added Megan (Waiting for the next update) + Quest log
Quest log improved for All characters; more info about the location of the characters
Auto save active in first slot (You get an auto save every time you complete any quest objectives)
709 text improvements / Each text of every event was reviewed and improved if it was necessary.
Reduced cache consumption for players with problems of fps
Reduced amount of parallax usage from 4 per map to 2.
The animation of the water has been removed due to a high consumption of resources, it’s now a static picture.
Added more sprites for characters (mostly sleeping)
Added Item “the tent” for any player, with this you can wait up to 5 hours at any place, use it only in outdoors to avoid any bugs.

Upcoming for the next update:

Missing Girls:
Mescary and Ashley: Will be added in futures updates.

The flickering effect on sprites: My nemesis, just bare with it for a bit, I will fix it.
Some minor visual bugs on parallax: I could take them on, but I wouldn’t dare to delay the update one more day.

v10 Ext
Saves are completely compatible from V. 0.8 ( Please don’t use any older than that)
Scenes Changelog in Never Saint

Bug that still there:

MC Could enter to Alexa’s room when he isn’t supposed to.

+ Mini Guide
1 – Go to the Marjorie’s House.
2 – go to Sister’s room, just pass by the door.
3 – Take the bus and go to the park – sit next to the girl.
3 – Grind a little in the park until you see Maria 5 times.
4 – Go to menu and use the skill of concentration to see where is the keys of Alexa.
5 – Now you can replay the streaching every time you want.
5 – Wait for the monday, Marjorie will let the door open every lun- 06 am.