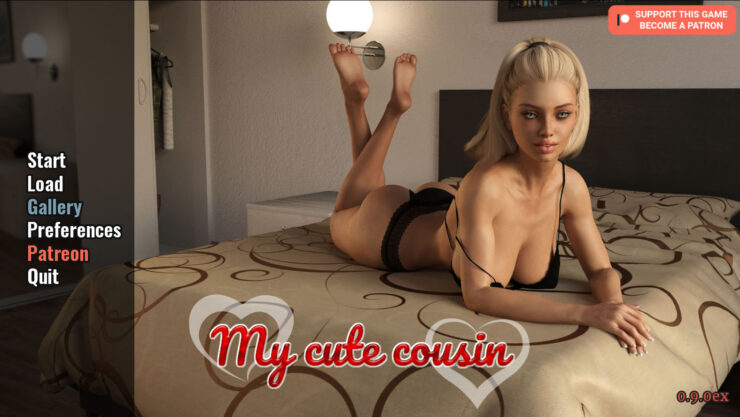 About game:
Finally came the day where our protagonist graduated from high-school. Now it’s time for him to step into adulthood and go to college, and to do that he needs to move-in with his once fat and ugly bully of a cousin (whom he hadn’t seen since his tender childhood) in the big city.
It’s the time to take the opportunity to plunge into student life full of drive and debauchery…

+ Changelog
v1.6.01ex
This is the final extra version of My Cute Roommate!

– Added the ability to beat Dick at the end of the game.
– Added translations.
– Added scene replayer.

If the file in the error message is “game/update.rpy” and line 12, then:
Download the attached update.rpy and place it into the /game folder.
Restart the game and try to continue your journey.

Attention: These fixes only works/tested on PC version. If you use Mac version maybe they will works, but never tested it as I don’t use any apple stuff. For android version, the console not really works, so these fixes probably also won’t works!

v0.9.1
Hi, thanks for your support. This is a small update of the game. Added translations. Added scene replay. New content will be in this month.

v0.8.0
(0.8.0ex for android will be aviable June 13) What’s new:
– You can name a “roomate” as you like. In the text there is no mention of a roomate, you can call her cousin or anyone.
Added sex scenes:
– FFM Roomate and Emily
– Sex scene with salesgirl

How to activate and open the console:

+ SCENE REPLAY MOD
This is a Mod to enable scenes replay on version 1.6.1 EX to EX+ version. Tested in Win10
Inside *.rar there are .rpy files , place the files in the game folder where gallery_scene.rpyc is.