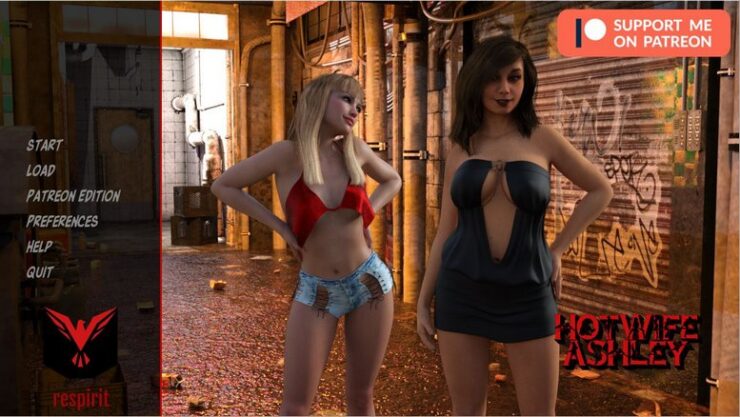 In this story, you’re husband of a beautiful woman, which you’re willing to share and fullfill both of your and her desires. Will you be able to enter this kind of lifestyle? Give it a try, you might like it. Perhaps that might spice up your almost dead sex life. Enjoy a story full of surprises and excitement!​

Ch.4 v1.1
– 150+ new renders.
– 2630+ renders in total.
– A Patreon exclusive glory hole scene was added to the dating sequence with Beth.
– Added an additional scene to the massage scene with Mike.
– Fixed “bad ending” and added another option to that.
– The locked scene with Liam has been unlocked for the public version.

Ch.4 v0.8
– 450+ new renders.
– 2150+ renders in total.
– Chapter 4 story progression continued.
– Minor coding fixes.
– Piercing failure in the past update has been fixed.
– Locked option in the tattoo studio has been unlocked for Public version.

Ch.2 v1.0
– Chapter 2 completed.
– Rasheed’s model has been replaced for a better one.
– Most bad renders in Chapter 1 have been re-rendered and replaced with new ones.
– Some minor typos have been fixed.

Ch.2 v0.6
– A new chapter has been released.
– Some grammatical errors have been fixed.
– A few renders that were in Chapter 1 have been reworked and fixed.