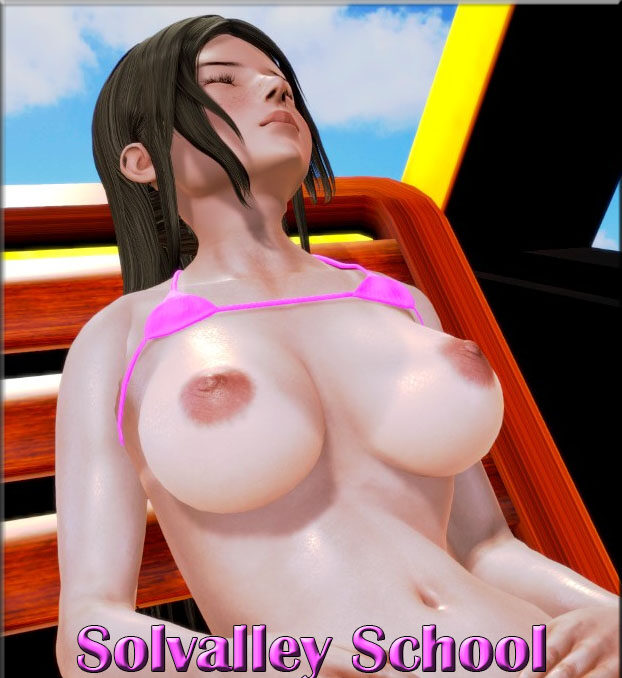 About game:
The player controls Alex, an ugly and stupid student at Solvalley School. Alex needs to study, work out in the gym, work to make money, etc., all for the sole purpose of fucking as many girls as possible…

Note: to unlock events with Mia, train at the Gym until you are super strong (if I’m not mistaken> 75 strength)
Note 2: you can see Linda and Tatiana’s redone events right in the replay gallery, if you have already done these events in your save file

– added option “Sarah” in sex with her and mom
– text improvements

Note 1: I forgot to modify Ruzena’s speech in the bank after a certain event, this will be fixed in the next patch
Note 2: The lottery scene has been completely redone, so it will not work perfectly depending on your progress in the game. It is recommended that you start a new game to see this particular scene. I made the probability of winning the lottery very high (50%) if you buy the Lucky Charm and place the $ 100 bet. In the final version, the probability of winning the lottery will not be so high.

v0.14
1. Scene: Sarah’s house
2. Scene: Sarah’s phone
3. Scene: Miranda and friends on the beach
4. Scene: Tifa on the beach
5. Scene: Date Tifa
6. Scene: Glory hole
7. Scene: Suki and Laura at the Bath House
– some bugs fixed
– bank does not generate as much money after a certain amount

v0.13 Bugfix:
In this file there are two scripts with the necessary corrections for Replay 101 (Verdi and Alexandra) to work correctly. Unzip the file and copy the scripts to the “game” folder (PC version) and overwrite the old files. I’m not sure if the procedure works in versions for MAC.

v0.13:
1. Sex option with Adele in the library
2. Sex option with Adele and Lucy in the Library
3. Visit to Verdi’s house
4. Scene of Verdi and Alexandra (with variant for hardcore mode)
5. Visit to Anastacia’s house
6. Visit to Anastacia’s mother
7. Anastacia final scene (with two variants)
– Corrected more than 200 grammatical errors
– Added an icon that indicates when the animation is looping and requires the player to click to proceed
Solvalley School