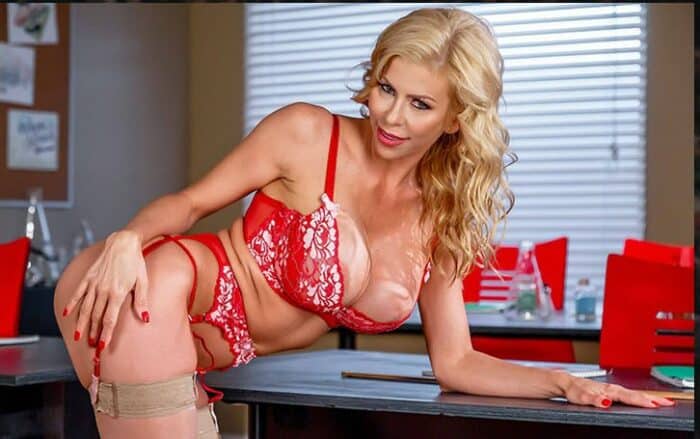 + Changelog
v0.7.12 Hotfix
1. Mikaela’s dream videos: Fixed.
2. Not able to work at office: Fixed.
3. The new random events will only happen once per day at each location.

Technical
Made a few UI improvements

v0.7.95
This update brings several improvements in terms of UI, gameplay and QaL. We edited a lot of passages to be more consistent in term of blank space or size. Meaning that some passages were divided into 2 or 3 and that we deleted of lot of useless
elements from the code.

We also worked hard on bringing improvements to the grind as promised. Now depending on your actual progression with a character when you see the message “Char trusts you more”, “Char is a slightly more corrupted” or “Char is a bit more interested in you”, you will gain between 1 and 11 (instead of the static +1) of that particular element (trust, corruption or interest) for the girl. We may nerf it in case we got reports that it ruins the gameplay by ruining the fun due to the gain being too great.

We have massively overhauled how dreams work. They will now follow a more logical progression. For instance, no more seeing dreams for girls you haven’t even ment yet. There will also feature some writing from our coder Dr.7up.

The only basic blue underlined links are a relic of the past. We have stylized them to be more visually pleasing, and to not stand out is such a jarring way like they used to.

With portraits now appearing in different locations as the portal to interact with the girls, we noticed that sometimes you would get a quest marker for a location, when multiple women would be there. To solve this confusion, we added new markers to the portraits themselves to make it more clear and direct who has a new quest step for you to activate.

Jade is the first in a strong of slave and fetish content we will be adding to the game in the coming weeks. To enslave Jade you will need a slave collar and to select the option in the dungeon.
We also added slave interactions for her in different places

Technical
You now have the option to skip entire days of the week. The option can be selected from the “Time” app on the phone in the right hand sidebar.
We added a tracker for main quests steps on the progress app

Add the Grandmother. The Mother’s adoptive Mother has arrived and is here for those who wanted some more “incest”. Or are just looking for a cougar!
Main quest and location based interactions for Grandma Millie have been added.

Added the option to Name the Main Character’s Mother however you wish.

A change to how players interact with girls in different locations wasn’t appearing properly. The links should be replaced with portraits of the girls that can be clicked. FIXED
Quest steps for Abigail requiring trust, instead of interest.FIXED

v0.6.1
This update is focusing on laying the groundwork for adding location-based interactions with the girls in the game. We have added several new places to visit, each with stuff to do and chances to

interact with your favourite characters. The next few updates, which we plan to release on a weekly basis, will focus on building on this further. All in order to make the game world feel much

Added in Become someone

The Coast. A new part of the city that includes the beach, along with a nude beach, a pier with games and rides, and a beach bar named the Flaming Tiki!
The Red Light District. You have been to this part of the city before while going to the strange shop. But now there is a Hookah bar named the Smoke Stacked Lounge to visit as well!
The Fitness Center. No longer will the university have a monopoly on physical fitness. There is now a gym and a sauna in the newly built fitness center for you to visit!

New Interactions in Become someone!

Lucy, Jade, Kate, and Alice all have new interactions for you to experience. They now have a set schedule on weekdays during university hours. But outside of that, as well as all day on weekends, they will each move around the map to certain locations that they like to frequent. Each with new interactions for you to experience and to help you build your relationship with them faster.

As well as Various bug fixes and bits of rebalancing.

A small note: In the background of our updates over the next few weeks, we will be working hard on what we are calling “The Start Up.” The premise is to add a brand-new path within the game.

This will be a massive undertaking. It will introduce several new characters, new game mechanics, as well as the first of several planned “endings.” We tell you this, so you have some more insight as to why we are choosing to do more often, but smaller overall updates over the next few weeks. We do not want to make you wait long for new content. Thank you for reading, thank you for playing, and I hope you enjoy this update!

Added Aunt Marie, and Cousin Bella! They have their own quest lines, fully built home, and home events. As well as personal random location events!

New apps for the Phone!

Added that time app, that allows you to pass time more simply!
Added the Progress app, That shows you the progress you have made with each character, as wel as giving hints as to what you need to do next!

Added the ability to change the title you set for your slaves to the basement.

The cousin Bella, can be enslaved!

Abigail’s house is now avaible after completing the quest

New teachers in Become someone
Studying/homework with Sis

Quests in Become someone

New sex knowledge stat
Depending on your stats some text should be displayed when you enter a place
First girl’s dialogs is now different depending on your background and stats
You can now train with Kate at the gym (video is going to change)
New quests !
Scene’s videos are now in autoplay
New backgrounds

You can now look for a job when you’re at the apartment from the desk
There are 2 jobs available: Working in a restaurant and work as a private teacher (require 10 int)