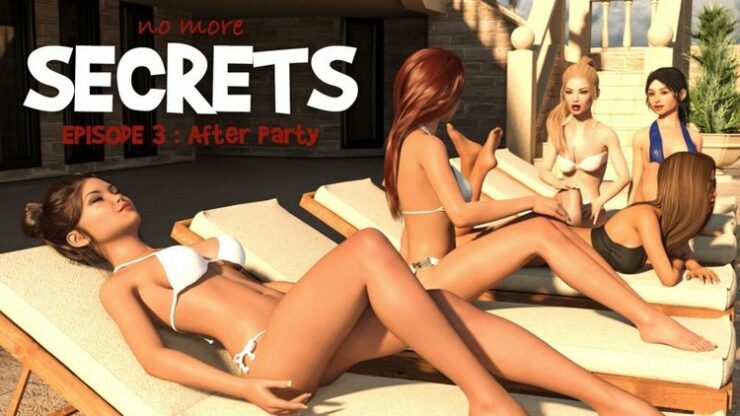 About game:
The whole thing began a few years ago when Brian’s mom died of lung cancer. He didn’t know about her situation because she and Phill, his father, kept it a secret. After a few months his dad, secretly dated another woman, called Jeane. which now is his stepmother. Since then Brian did a lot of bad choices in life, but the last bad choices he did got him in a hospital overdoes on cocaine. That was the point where he and his father made a deal. Brian was going to do a rehab session and be a good son, while his father promised him that he won’t keep any secrets from him. The main purpose of the player will be to find what everybody hides…

+ Changelog
v0.10.4
I have made another build, because there were a few bugs.
– you were able to have sex with Cecile even if you didn’t before
– there was a problem in the time skipping if you choosed Nichole over Brandy
– if you go solo for Lizzie without Vanessa you were not able to continue

v0.10.2
This next episode is mainly focused on the relationship between Brian, Lizzie and Vanessa, but it will also contain a few sweet scenes with Amie and Nichole too

v0.10.1
Up until now you did plenty of decisions. In this episode is more of the consequences of your choices, but you still get to do some choices of your own. There are going to be plenty of sex, but most important plenty of relationship development especially with Lizzie, however part I is just the beginning of a long beautiful Episode.
I hope you enjoy.

v0.7.1
Mac users shall have a different build and now they can play the game
Previous saves will work better now
Changed a bug in the airport event with Amie
Changed a few typos

v0.5.1
– fixed the negative relationship with Jeane. You just need to pass from one episode to another for the fix to happen or start over
– fixed the kitchen after bikini scene in episode 1
– fixed a few relationship progress
– get rid of a few typos
– made some changes in the quests
– THE MOST IMPORTANT
– The incest patch has bigger impact on the game, because there was a problem that Jeane did not acknowledge Brian as her son, later in the game.

A few typos
When you go to the locker room and Stephania is there you were not able to strip her and continue. It’s fixed now
A few of you complained about the fact that the game crashes after the cops. Well, it should have stopped the game not crashed, because that’s where the free version ends up. I have fixed that so it won’t crash anymore, but go to the Menu.

v0.2
The game is now made in Ren’Py and I got of the errors that the previous versions had. Includes episodes 1 and 2.