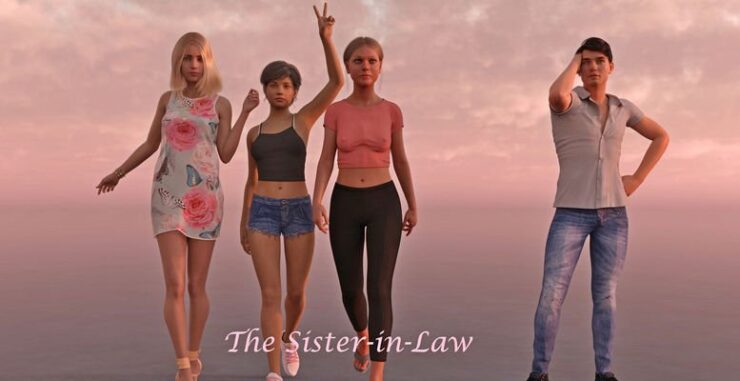 About game:
Your wife has two lovely sisters. One is 24 years old, and the other is 19 years old. They both are always coming to visit, and usually stay the night, or for the weekend. This is more than all right with you because they are fun to have around. Not to mention great eye candy. One is a typical blonde and a total airhead. She is also gullible, and easy to have fun with. The other is a Wild Child. That one is hard to figure most of the time. This story is mostly facts-based and takes place over a period of about 10 to 15 years or so. Condensing it down to fit into a short story is proving to be a little challenge and getting the events in proper order is even more so. Of course, the Names have been changed ( or maybe haven’t ) to protect the not-so innocent. There are only a few choices for the moment that has no effect on the story for now…

+ Changelog
v04.07b
This update contains 10 or 12 animations with lots of action, and a twist or two. Story advancement of course.

V04.07a
This update has a couple of combined animations, and a little action. Story advancement of course. With additional Info added.

v04.07
This update has story advancement with situation changes, and plenty of action with 10 0r 12 combined animations.

v04.06
This update has story advancement, and a bit of a question, or cliff hanger. with 200+ new scenes, animation.

v0.04.04b
New scenes and content added. A little action for the Dingbat. We couldn’t leave her hanging. Now could we. With 4 short combined Animations into one.
Story advancement.

v0.04.04a
New scenes and content added. Corrections made in script. With 3 short combined Animations into one ( This one is for the Blue Ballers )
Story advancement.

v0.04.04
New scenes and content added. With 300 or so new renders, and scenes with 2 or 3 short Animations
Story advancement.

0.01c
New Content with both sisters in The Sister in Law. Trying to combine 5 years into short period. Some slight attempt at humor. Scene lighting still off a little, but still trying .

0.01b
Still Tweaking things. Excuse the renders as the lighting and set it self is giving me fits with every thing. Still trying to overcome memory overflow with the main house set. I hope you like it so far.

0.01a
Tweaked some spelling, and Intro scenes to include other dresses. Added a few scenes to the last to sort of set the tone of possible upcoming events.
Added “Name Change” to be able to change MC’s Name.
The Sister in Law – Initial v0.01 Intro/Beta