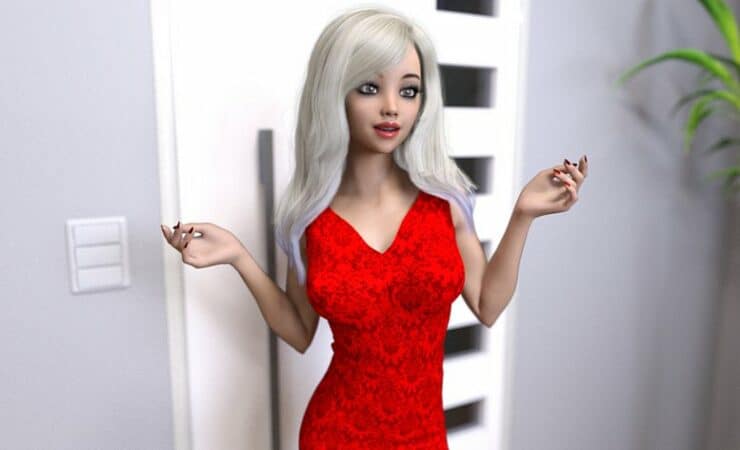 About game:
You are a man of 37 years. You work as a programmer at home and earn good money. And then one day a girl of 18 appears on your doorstep and declares that she is your daughter. You will have the opportunity to get to know your daughter better, build a special relationship and maybe get to know her very closely…

+ Gameplay
You will choose between two or more decisions that have a negative or positive impact on the result of the day and the main story.
In the game at the moment only one stat is “to like”.
Every time you make a choice, you’ll win or lose a point depending on the decision you make.
Quality rendered graphics (original images 1920×1080)

+ Characters
The main characters are you and your daughter, whom you yourself choose names.
There will be secondary characters, such as your daughter’s girlfriend, a girl from an online chat room, etc. But the main focus will be on the content of “father-daughter.”

v.0.6.0b
Made the following changes:
— Added 153 new images.
— Added 21 new animations.
-When the text disappears during the game (in version 0.5.0b the scene in the alley) then icons for language selection appear.
-The splash screen in the game’s main menu and titles are now animated.
-Added new audio moaning girls.
-Link to Subscribestar.adult has been added to the main menu

v.0.5.0b
The following changes were made:
– Updated graphics from the original 0.5.0 version.
– New Game Over/Ending added in New life with my daughter
– Added about 50 new images and several new animations.
– Rewritten the end-of-day history.

v0.2.0b:
The following changes were made:
– Changed all images version 0.2.0, added several new images.
– A lot of small changes in New life with my daughter.