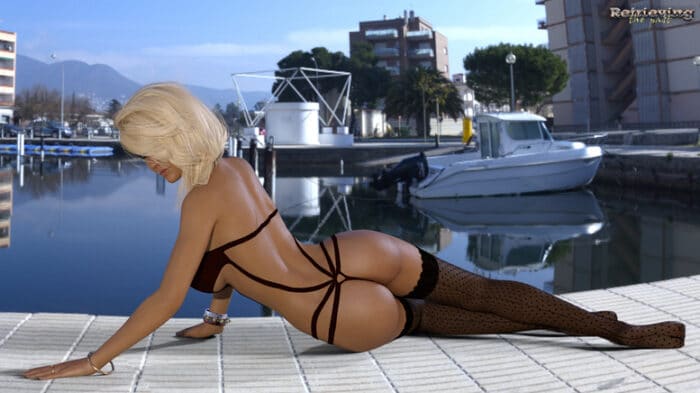 You play as the handsome, fit, and capable Jensen Wenchester, a former Captain in Team 5 Infiltration Unit, Army Rangers, years ago, but now the successful owner of his own business, Wenchester Security Company. You have several homes, a successful company, and amazing colleagues, and that seemed like enough. But there’s something happening and life is about to get complicated, and somehow it all ties back to the events forgotten in the past. Somehow you are going to need to uncover things so buried you didn’t even know you’d forgotten them. Things are going to be exciting as you begin Retrieving The Past.​..

Season 3 Episode 5
This episode has the most animations, most images and most dialogue of any of my previous episodes.

Season 3 Episode 4
Hi all last but not least… Let’s call this the Vicky release episode. Obviously the other two ladies still get some action but Miss Parker is our main girl. I really hope you like it and the rest of the main story excites ya’ll. As always if any issue’s let me know. Enjoy!

Season 3, Episode 1
Very important is that myself and RogueKnight (Co-writer/Editor) decided to finally give you the girl of your choice.
So from the get go of Season 3 you finalise the girl you are after all along. The points you have accumulated throughout the Series so far will be mostly effective in the Epilogue of RTP as a whole.
Season 3 will be action packed in every sense of the word. More than Season 1 and still have character building like Season 2 had.
Rogue did a lot of dialogue writing in this one and I think he did an amazing job. He’s a talent for sure…
So choose well and enjoy, sit back and let’s go on a wild ride to finish off RTP series in style.
Season 3 will basically finish RTP novel and Season 4 will only have a few episodes, mostly epilogue. Season 3 will probably have 8 episodes and not 6 as per normal. But until then lots to do and lots to look forward to…

v1.6.0 Fixed
3 Spelling mistakes and one animation that gave an error fixed.

v1.6.0 (Remastered Edition)
The dialogue was improved in some areas to make the story flow and some added or improved images
Changes made to Remastered edition
Images: 30 Added or improved upon
Image series: 3 images added
Animations: 1
Sound files: 3