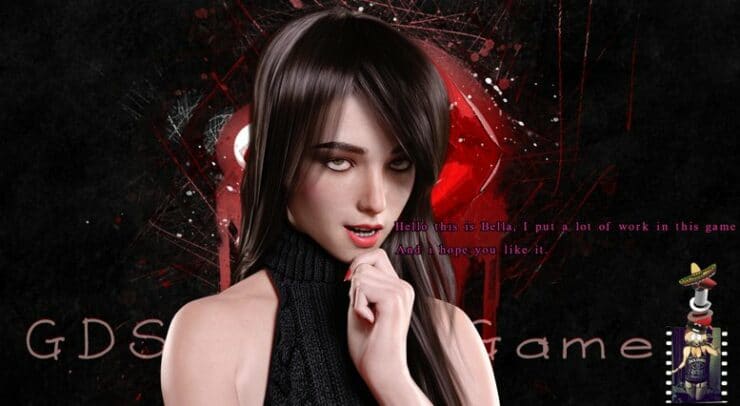 About game:
Chloe18 Back to Class stopped when Chloe Needed To make everyone Think That she isn’t that much of a slut herself, and Taylor is worse. Take the Part of Trevis, He tried to be a criminal to impress a girl, and failed terribly. Now with the help of Chloe, Trevis will pretend to be Taylor’s Brother. What at first it seems like a good place to hide, now while pretending to be her Brother you need corrupt Taylor and her whole family, (not that you don’t want to)
Enjoy chloe18’s world from another angle, With the hot and realist girls you know and like…

+ Changelog
Chloe 18 Beta 1 Release:
This is supposed to be the last update before the final version.
after the final version Back to Fake family and AMY update(please stop asking she is next I promise)

To be fixed bugs

game can go under 0 days ( gonna be fixed only on final release)
random stuck on College (very rare) if someone can reproduce this bug 100% please contact me
Some quests may stay as ????????? instead of completed

What is new:
Alpha 3
Hanna’s Quest can be finished (7 new animations)
By running at the park 3 new scenes with Emily. You will need to run 4 times for every scene
All reported bugs has been fixed(I Hope)
To see all Hanna’s scenes you will need to reset her quest. On the quest menu there will be a option to reset it, after you finished

Alpha2
what is new:
Quest markers add to the game
3 New intros with it’s own story lines and scenes
start Hanna’s quest (her first scene only)
Night town it open
ADULT job
Glory-job (9 scenes one clothing variation so far)
P**** management added
secret quest that you are no supposed to find

0.69.1.01
-Now you can buy and use Chloe’s Cowgirl/ginger outfit at her show
-Almost 50 new **** scenes
-To get the new Part of College just do the new director’s quest(Taylor should message you Monday)
-Kiss Teacher ass action Was added(finally)
-Diane Frist scene added(ask help form the nerds to unlock it)
-Red-widow Finally get *** scenes(5x)
-Kaoru DVDs where added to see as Trevis(should be removed in future updates for a better way to get them)
-Kaoru’s scene are mostly REMADE or remaster, but there re 2x entirely new scenes
-10~20 Pizza Girl and Kayley scene Could not be finished in time and will be added in a Smaller update Late January
-Meet the Dog in the park and a new fetch Option can be use to meet and fuck a “NEW” ****
-New interactive Scene with the **** Scenes(give your opinions on it)

v0.60.1 quickfix:
-fixed some strange icons that may show on some texts
-fixed achievement list when checking in on Trevis’ PC
-fixed crashed on Camshow when you clicked icon AFTER the show ended
-Cam show start is faster/ Actual Cam show is slower(so you can do more stuff)

v0.50
-added 39 new sex scenes
-Several new places as attic, backyard. and more places at the map, park, coffee-shop and several smaller ones
-Several new quests
-Police can now be found on map
-A new heist
-High FPS mode, can be change at home, or by pressings “F”
-MAX crime stat is now 100
-new Pics and messages from Bella added on the new place

v0.30
Halloween update:
-Especial update With Halloween Party(find in Taylor’s PC)
-21 new animation
-side story Style But now it’s inside the actual game
-11 new Real life themed song to give more life to the update
-Play the Halloween party with Chloe or Trevis and try to get the good ending
-Every Girl has 2 or more NEW sex scenes
-In game walkthrough added(For this update only)
-NO OLD BUG HAVE BEEN FIXED YET (This HUGE update was done in only one month, so no time fair that)
Extras Notes:
-wife and Kaylee were cut from this update, since they will have her own update very soon
-This is a side story update, inside the main Game, big enough to be considered a game by itself
-A Halloween only stand-alone game may come eventually

Chloe 18 Fake Family v0.2
-29 new Story achievements
-17 new hidden Pics of Bella
-27 new animated sex scenes
-Amy can be dated at a new date place(unlocked only after You can control Chloe)
-Chloe is now playable every Monday(after you reached step 4 on her plan)
-Chloe have her own stats + Slut and horny meters
-Pizza-girl minigame added + strip tease mini-game
-you can review any sex scene on Someone’s PC
-gymnastic Training with Taylor(other girls to be add later,Taylor will get more too)
-Kaoru added to the game
-new Meetings with tomboy
-A new heist(get if from Kaoru)
-Quick heist now let you choose what stats to get Bonus for
-Stats cap is now 50
-stats are more easy to get and more abundant
-new animated sex-scenes: Chloe:9 others: Kaoru-PizzaGirl-Tomboy-Taylor-Amelia-Amy
-About Amy: She will be a slow corruption, but since its a sex game you will be able to unlock and fuck other girl while at it
-added Antialiasing, texture filtering and Vsinc to MAC. it will look way better on MACs now
-Full-resolution Pack added as a optional download
-Secret cheat Menu added
-all old bug where fixed or are now features( the latter is more likely)
-Expect new tasty bugs made with extra care and love

Chloe 18 Fake Family v0.1
NO BUGS ans as long you dont report it will still this way
71 achievements – 71 NEW Fully animated scene each with several end options(inside -outside ETC)
50 story achievements
49 Bella Hidden Achievements
Some girls Are animated outside the sex scenes, so they move they arms, head, blinks and change face expression as you talk to them Explore
Taylor House with her whole family moving around
Explore Taylor’s college take classes , and much more
Drive around an ugly 2D MAP in GTA2 style(my art sucks)