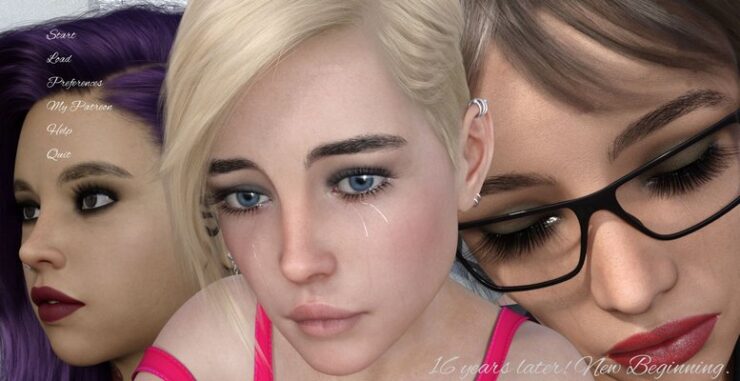 About game:
A man of great fate returns home to his three stepdaughters after 16 years in prison. The girls have grown up. The man soon realizes that he feels more for the girls than paternal love. Be kind or be strict. It’s up to you to get the girls…​

v0.2
The first day of the game was completely rewritten and reworked.
The dialogue has been reworked by Larry2000 to make the game even more enjoyable for you!
Sounds added to this.
I compressed the images in the game to keep the size of the game small.