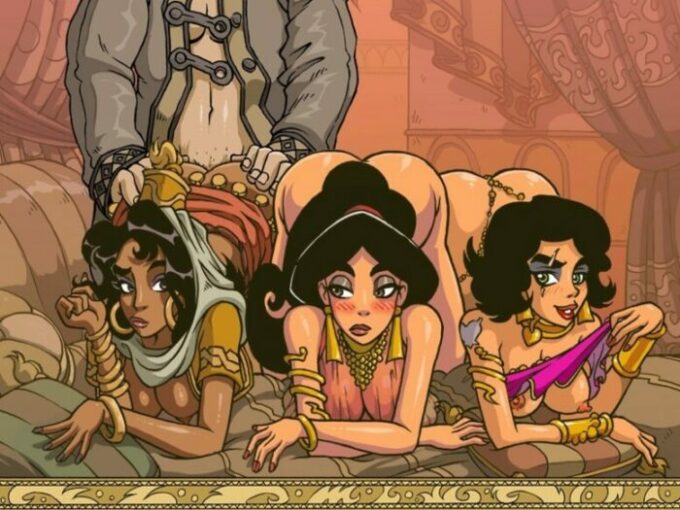 About Game:
So, you appear in an office of the director of academy. After a short bewilderment, you decide to look around … And then the plot twists with unprecedented possibilities. At your disposal blackjack with whores School of Magic with sexy schoolgirls and more! It depends on you to what level it will be possible to establish “close” communication with them!

Changed Tonks Lady D. Dress category from other to dresses.

Performance
Added multi-threading support to parts of the game that could benefit from it.
Removed loading screens (No longer necessary)
Disabled focus detection for Doll class objects to improve responsiveness of mouse events where it matters.
Reduced the number of Null displayables in Doll class objects
Reduced the size of assets, improving loading times.
Improved tooltips by reducing overhead and moving calculations into transform function.
Optimized office animations.
Optimized screens.
Optimized icon generation for clothing items.
Other optimizations introduced or allowed by the updated Ren’py engine.

Added a reminder to save the game before the Gryffindor match if one wishes to replay the previous favours.
Adjusted writing for when aquiring the Quidditch Guide book from the twins.
Fixed Madam Hooch Chibi peeping in on private sexual moments.
Fixed scheduling tutorial repeating itself forever when tutorials are turned off in the options.
Fixed overlapping Chibis during the Gryffindor match, preventing Tonks from stepping on Snape’s cloak.
Put a nail into accidental baldness during quidditch games.
Added an event pause for Hermione’s intro event to prevent two events happening back-to-back.
Minor grammar and spelling fikses.

Bug Fixes
Fixed Cho not wearing the Quidditch clothing if you opened the Training menu through her talk option equivalent.
Fixed Cho’s nickname choices disappearing after certain events.
Fixed missing character expressions during “flying choices” in Hufflepuff lead up events.
Fixed Hermione walking all over Cho during the intro.

Writing & Storytelling
Added a new Mirror Story – ‘A White Christmas’ with special rewards (Outfits and decorations) and a new location drawn specifically for this occasion.
Adjusted Astoria’s intro events to be more upfront about effects of Imperio spell and to showcase Tonks’ enjoyment better.
Adjusted writing for some gift items for Cho.
Adjusted Hermione’s ‘Talk to me’ section with Tonks being present as it was ending too abruptly.

Season’s greetings to all!
In this Holiday-themed update, Christmas has once again returned to Hogwarts.
This update includes a collection of holiday-themed decorations for your office, which may be obtained by completing a “Holiday” mirror storyline. Yes, I put the second Holiday in quote marks since this one is unusual, as you can probably tell from the picture.
Let’s see what the non-spoiler synopsis of this mirror story says… “This storyline involves a pent-up Genie who most likely didn’t have any nuts during November…” I have no idea what that implies… Do Genies eat at all?
To brighten up the office, the new decorations include a set of fully programmable Christmas Lights. Wow, Genie must have been cooped up and alone in there for a long time. At the very least, he’ll have something to play with other than himself.
SilverStudioGames wishes everyone a nice holiday season and a prosperous new year.

Improvements & QoL
Adjusted whoring level requirements for some clothing items to make them a bit more logical.
Adjusted patch detection wording to be less alarming.
Items that cannot be given to certain characters will now be marked with a red overlay and an indicator.
Decorations in the inventory will now be sorted by the placement, then alphabetically to help with organisation.
Added compatibility for quest items so they can be given to characters.
Added new functions for checking clothing states on characters and individual outfits.

v1.39.4 XMAS Update
Christmas is approaching at Hogwarts which means it’s the time of year when we find out who’s been naughty or nice.

This mini-update adds a bunch of new clothing sets and a Christmas themed story as you fall asleep on the 24th. The story will trigger until January 1st but is also available in the Mirror of Erised, (that’s Desire backwards) if you’d like to replay it or if you’re playing on an older save file.

The Holiday themed clothing will unlock once you’ve played the story alongside previous years office decorations. A lot of the clothing pieces aren’t shown in the story itself so make sure to have a peek into Tonks’ and Hermione’s wardrobes, especially the drawers. On top of the Christmas themed sets, there’s also another three sets available for Tonks’ in her section of the clothing store. Which makes it a whopping total of eight sets plus various miscellaneous items for this update.

And with three booming “Ho’s” SilverstudioGames wishes you all a Happy Holidays!

v1.39:
Hermione
Hermione can be asked to put her ****** in her ***** in one of the events.
After summoning Hermione unlocks, she will start changing clothes by herself through Outfit Scheduling. (Optional)
Wardrobe:
Added school robes. (4 variants)
Added reading and vintage glasses.
Added lipsticks.

Overhauled weather system and added new weather states.
Reimagined Quidditch Areas and added new effects.
Improved interpauses during dialogues.
Improved paperwork and its bonuses.
Added an in-game loading screen during save loading, which ensures all of the required game assets are loaded, to avoid stuttering and IO lags.
Added lore-friendly hints whenever you pick a favour that’s above your current progression step with a specific character, or when a character is no longer mad at you.
Added character emotes (angry, confused, happy, hearts, sweat).
Added a hotkey for the summon menu. (Default key is D)
Added tutorial for outfit scheduling.
Tonks will no longer be overheating during hangout events due to wearing a coat.
Rebalanced whoring/public points gains for the events.
Rebalanced mood changes.

Other in Witch Trainer – Silver Mod:

Added a workaround for intel-based GPUs to use DirectX via Angle renderer instead of OpenGL, to avoid rendering errors. (Black screens)
This is caused by a faulty Intel’s OpenGL driver and cannot be fixed by us.

Fixed Hermione menacingly bobbing up and down for no apparent reason.
That one is on us, sorry.

Witch Trainer – Silver Mod 1.38.4
Added clothing store option for next day delivery (for a 20% item-price increase.)
Added cheats to skip Cho’s intro & Quiz.
Increased chance to see one of Tonks or Snape’s hangout events from 50% to 100%.
Lowered overall Slytherin points gain from Tonks and Snape.
Tonks now gives bonus points to Hufflepuff when they’re behind in points.
Tonks & Snape’s friendship level now increases quicker after each hangout.
Hanging with Tonks while the fire is burning increases her friendship level by 2 (She likes feeling hot & sweaty!)
Hanging with Snape while it’s raining, or when there is a blizzard, increases his friendship level by 2 (Puts him in a good mood…)
Added a new chibi of Luna sitting on Genie’s lap.
Added Tattoo & Piercing wardrobe section for Hermione.
Enabled transparency slider for makeup and tattoos.
Added new outfits for Hermione:

Improved CG scenes and removed floating d*cks.
Added a (f)lying chibi at the end of a sex event.
Many bug fixes and improvements, which are listed below.