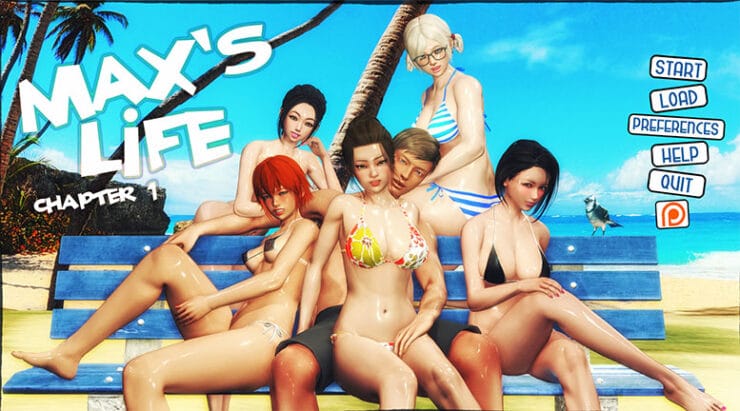 
About game:
The game is about Max, a boy who lives in the house with his mother and two sisters. During the adventure he will meet other women, many more…

Introduced a new feature. In the map you can now find small icons, which indicate the location of that character.
Hints and replays will be available again.

v0.34
Start of a new chapter with many new scenes in Max’s Life.

Max’s Life Chapter 1 Remake
Hi, after many requests received, I decided to do a remake with daz3d.
The game is about Max (But you can change the name if you do not like it), a boy who lives in the house with his mother and two sisters. During the adventure he will meet other women, many more. The game compared to the HS version will change in some parts, others will be totally new and others will be canceled. Probably all minigames will be removed.

All images have been redone
All videos have been redone
Some events have changed
All mini-games removed
Possibility to change the name of the main character
New ui
New map icon (Like Chapter 3)
Added a hints system
Added audio in every scene
New scenes added
New characters added
Added a gallery in the main menu once the game is finished.
Changed the whole shop system
The grinding has been reduced as much as possible