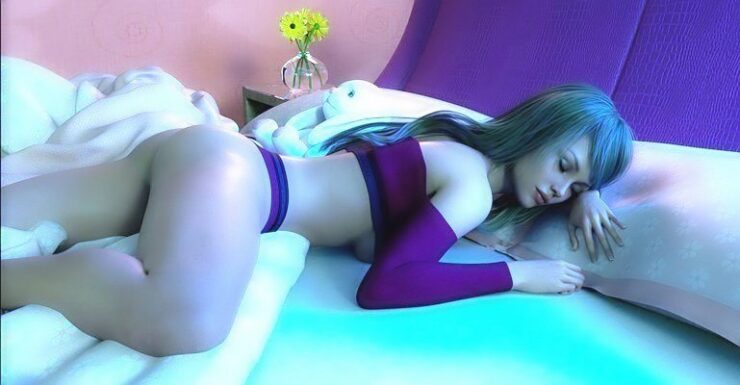 About game:
In game “Forever My Girl” that’s focusing on 2 characters, a stepfather (he is MC) who has been living alone for many years and his stepdaughter who because of her mother (the stepfather’s ex-wife) is forced to live with him.
MC is a horny guy who hasn’t had sex in a long time, so he will try to take advantage of his stepdaughter, to make her his girlfriend. The stepdaughter, who is still a virgin, had a bad experience with her ex-boyfriend, who tried to rape her about two months ago but escaped unharmed. Other characters will appear in this game, including her mother, her ex-boyfriend, a friend of hers and another stepfather and stepdaughter couple​…

+ Changelog
v0.40
This part will end the unforeseen adventure caused by Ethan and Yokuna and the main characters will return home (this will continue in 0.5), but on their way, they will meet someone special who will be a new character in this game, I hope you will like her.

v0.21
All dialogues in the game are rewritten
I fixed some bugs:
One of them is:
The sound did not stop after the shower

v0.2
The second part has about 180 renders,
as I promised it is a little bigger than the first part
The game will no longer have an incest patch, it will be just father-daughter from now on.

Christmas Bonus:
I made a bonus content for Christmas.
This is not a continuation of the game!

v0.1
Hello everybody! I finished what I had to do from the first part of the game. I have already started working on the second part which I hope will be with at least 50% bigger. Thank you very much and I promise I will not disappoint you.