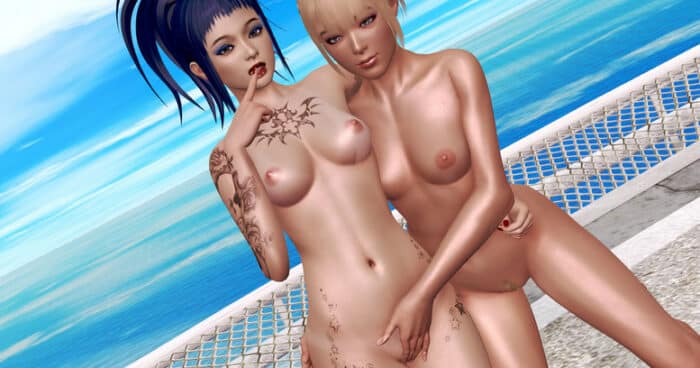 About game:
The story is about a young entrepreneur mysteriously transported into another dimension, similar but not the same as the one he left. The game begins having to build relationships in this new world and starting to generate an income. Can he survive and prosper in this new world? Can he find out what the hell is going on and why some evil bastard has stolen him away from his old life?​

v0.13 final Public
Added replayable scene with Quinn at night
Added some more images and an animation to the final scene, as the ending needed a little improving
Fixed issue showing incorrect futa scenes in Highgrim scene
Fixed some text issues/spelling
Fixed wrong task days for Cara event
Added a Version Load button to the Load Screen to allow loading the game at checkpoints if all saves have been lost (useful for android users who have deleted the game and lost saves)

v0.13.0
Images: 4737 (266 new)
Videos 317 (50 new)
Quinn story extended
Cara story extended
Helana story extended
Ashling story extended
Fernanda and Billie story extended
Nano story extended
Jessica, Aurora, Mackenzie, Soren and Hendrix story extended
Improved smoothness of some looping animations (there are more that need to be improved)
Missing Miao character card added
Added some overlooked characters from character cards (Billie and Fernanda). Will automatically be added if you have missed gaining the cards. Fernanda is worth a look.
Fixed an issue where the game may never have allowed you to repair the PC with the power supply
Misc text fixes

v0.9.0 Final
Fixes to some wording
Fixes some images displaying at incorrect time
Fixes two missing audio samples
Some continuity improvements
Several images added where needed
Delete save button only appears when hovering over save

Isolated running event variable: There has been an ongoing random bug which occasionally will mark the wrong event completed which can mess up play order. This will hopefully fix this however its very difficult to test.

Fixed a bug where right clicking after saving would freeze the window (Renpy muscle memory!)

Hendrix friend or foe choice affects whether Maximum Deviance or Hands off my Hareem route is taken. This route can be changed at any time on the phone under kinks.

Collectable Character Cards implemented. View on the PC. Cards will be granted during events. Current save games will grant previous Cards after Pool Party event with Imani.